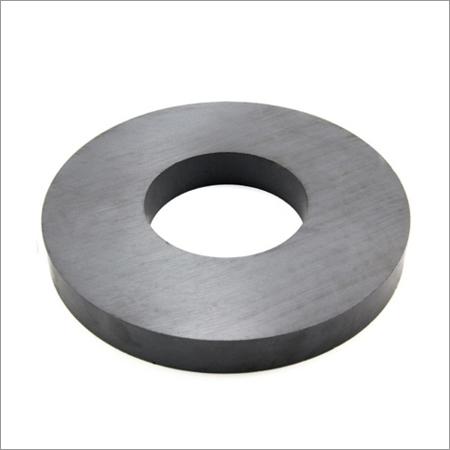 A ferrite is a type of ceramic compound composed of iron oxide (Fe2O3) combined chemically with one or more additional metallic elements.[1] They are both electrically nonconductive and ferrimagnetic, meaning they can be magnetized or attracted to a magnet. Ferrites can be divided into two families based on their magnetic coercivity, their resistance to being demagnetized. Hard ferrites have high coercivity; they are difficult to demagnetize. They are used to make magnets, for devices such as refrigerator magnets, loudspeakersand small electric motors. Soft ferrites have low coercivity. They are used in the electronics industry to make ferrite cores for inductors andtransformers, and in various microwave components. Yogoro Kato and Takeshi Takei of the Tokyo Institute of Technology invented ferrite in 1930.[2]

Sintered ferrite magnets can be replaced in a lot of applications by proper selection of magnetic material.

It is an very promising material for the future due to advantages of higher magnetic properties than ferrite magnets and lower costs than the rare earth magnets.

Ferrites are usually non-conductive ferromagnetic ceramic compounds derived from iron oxides such as hematite (Fe2O3) or magnetite (Fe3O4) as well as oxides of other metals. Ferrites are, like most of the other ceramics, hard and brittle.

Many ferrites are spinel's with the formula AB2O4, where A and B represent various metal cations, usually including iron Fe. Spinel ferrites usually adopt a "MAXIMA" motif consisting of cubic close-packed (fcc) oxides (O2) with A cations occupying one eighth of the tetrahedral holes and B cations occupying half of the octahedral holes. If one eighth of the tetrahedral holes are occupied by B cation, then one fourth of the octahedral sites are occupied by Acation and the other one fourth by B cationand it's called the inverse spinel structure. It's also possible to have mixed structure spinel ferrites with formula [M2+1-Fe3+][M2+Fe3+2-]O4 where  is the degree of inversion.

The magnetic material known as "ZnFe" has the formula ZnFe2O4, with Fe3+ occupying the octahedral sites and Zn2+ occupy the tetrahedral sites, it's an example of normal structure spinel ferrite.[3][page needed]

Some ferrites have hexagonal "MAXIMA" structure, like Barium and Strontium ferrites BaFe12O19 (BaO:6Fe2O3) and SrFe12O19 (SrO:6Fe2O3). [4]
In terms of their magnetic properties, the different ferrites are often classified as "soft" or "hard", which refers to their low or high magnetic coercivity, as follows.

Soft ferrites
Ferrites that are used in transformer or electromagnetic cores contain nickel, zinc, and/or manganese compounds. They have a low coercivity and are called soft ferrites. The low coercivity means the material's magnetization can easily reverse direction without dissipating much energy (hysteresis losses), while the material's high resistivityprevents eddy currents in the core, another source of energy loss. Because of their comparatively low losses at high frequencies, they are extensively used in the cores of RF transformers and inductors in applications such asswitched-mode power supplies and loopstick antennas used in AM radios.

For applications below 5 MHz, MnZn ferrites are used; above that, NiZn is the usual choice. The exception is with common mode inductors, where the threshold of choice is at 70 MHz.[5]

Hard ferrites
In contrast, permanent ferrite magnets are made of hard ferrites, which have a high coercively and high remanence after magnetization. Iron oxide and barium or strontium carbonate are used in manufacturing of hard ferrite magnets.[6][7] The high coercivity means the materials are very resistant to becoming demagnetized, an essential characteristic for a permanent magnet. They also have high magnetic permeability. These so-called ceramic magnets are cheap, and are widely used in household products such as refrigerator magnets. The maximum magnetic field B is about 0.35 tesla and the magnetic field strength H is about 30 to 160 kiloampere turns per meter (400 to 2000oersteds).[8] The density of ferrite magnets is about 5 g/cm3.

Barium ferrite, BaFe12O19 (BaO 6Fe2O3), a common material for permanent magnet applications. Barium ferrites are robust ceramics that are generally stable to moisture and corrosion-resistant. They are used in e.g. loudspeaker magnets and as a medium for magnetic recording, e.g. on magnetic stripe cards.

Production
Ferrites are produced by heating a mixture of finely-powdered precursors pressed into a mold. During the heating process, calcination of carbonates occurs:
MCO3  MO + CO2

The oxides of barium and strontium are typically supplied as their carbonates, BaCO3 or SrCO3. The resulting mixture of oxides undergoes sintering. Sintering is a high temperature process similar to the firing of ceramic ware.

Afterwards, the cooled product is milled to particles smaller than 2 µm, small enough that each particle consists of a single magnetic domain. Next the powder is pressed into a shape, dried, and re-sintered. The shaping may be performed in an external magnetic field, in order to achieve a preferred orientation of the particles (anisotropy).

Small and geometrically easy shapes may be produced with dry pressing. However, in such a process small particles may agglomerate and lead to poorer magnetic properties compared to the wet pressing process. Direct calcination and sintering without re-milling is possible as well but leads to poor magnetic properties.

Electromagnets are pre-sintered as well (pre-reaction), milled and pressed. However, the sintering takes place in a specific atmosphere, for instance one with an oxygenshortage. The chemical composition and especially the structure vary strongly between the precursor and the sintered product.
To allow efficient stacking of product in the furnace during sintering and prevent parts sticking together, many manufacturers separate ware using ceramic powder separator sheets. These sheets are available in various materials such as alumina, zirconia and magnesia. They are also available in fine medium and coarse particle sizes. By matching the material and particle size to the ware being sintered, surface damage and contamination can be reduced while maximizing furnace loading.

Applications :
Ferrite cores are used in electronic inductors, transformers, and electromagnets where the high electrical resistance of the ferrite leads to very low eddy current losses. They are commonly seen as a lump in a computer cable, called a ferrite bead, which helps to prevent high frequency electrical noise (radio frequency interference) from exiting or entering the equipment.

Early computer memories stored data in the residual magnetic fields of hard ferrite cores, which were assembled into arrays of core memory. Ferrite powders are used in the coatings of magnetic recording tapes. One such type of material is iron (III) oxide.

Ferrite particles are also used as a component of radar-absorbing materials or coatings used in stealth aircraft and in the absorption tiles lining the rooms used for electromagnetic compatibility measurements.

Other Products in 'Ferrite Magnet' category 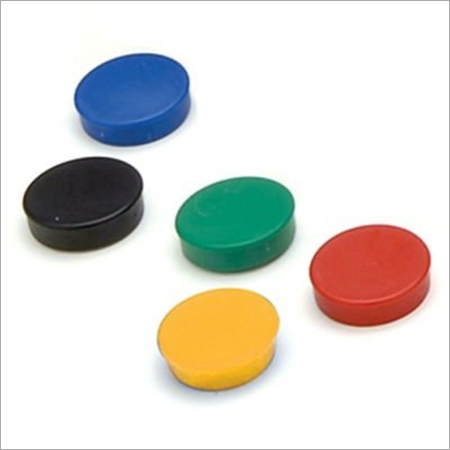 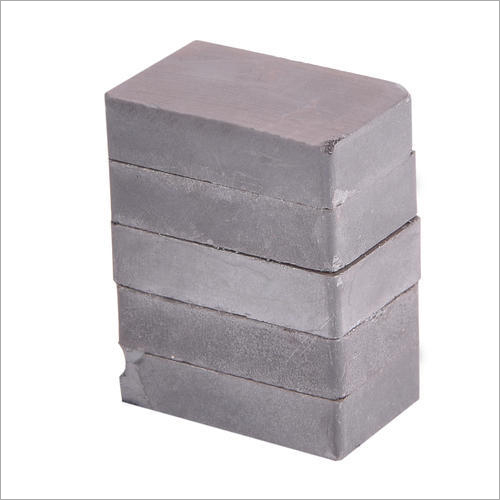 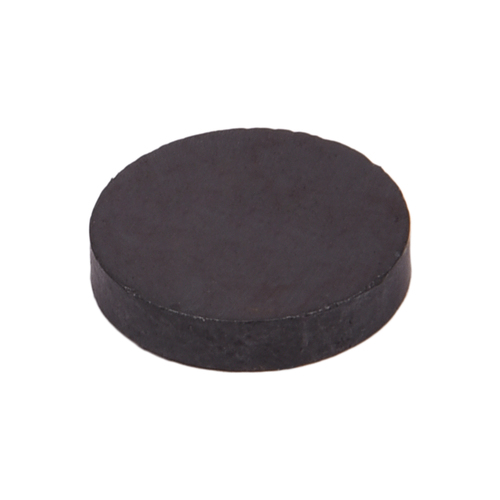 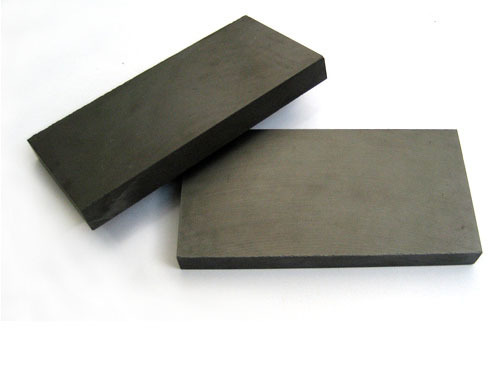